The Sorian from the Map of Women composers in history

7 September 2021 by Montana in Article 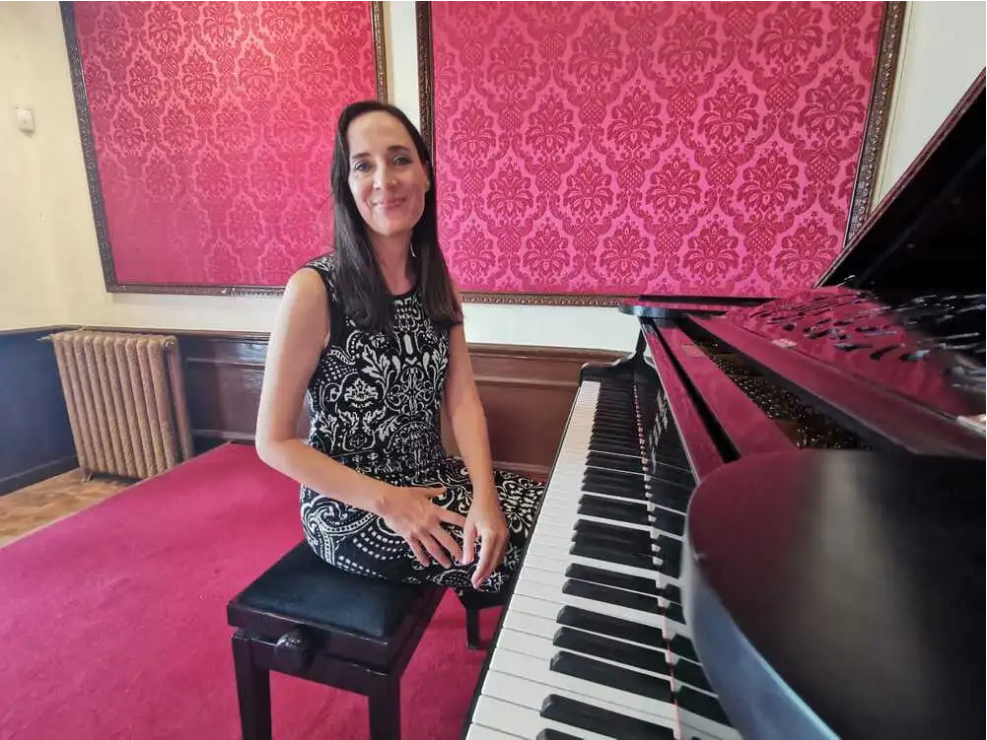 Maria Parra, a pianist born in the capital, is the only proper name of the province included in this compilation by musicologist Sakira Ventura that highlights female creation in the world of classical music

She has dedicated her entire life to music, and now her name has been included in the Map of Women Composers in history as the only composer born in Soria. She is Maria Parra, the pianist who has been visiting her hometown.

“My father was an art teacher at the Antonio Machado high school, he was temporary and they gave him another assignment and unfortunately we had to leave,” she recalls.

But her name is once again linked to her native Soria because the musicologist Sakira Ventura has included it in her Map of Women: “With the aim of putting literally all the women in the history of music on the map as composers, since in the music history books of both conservatories, schools or encyclopedias there was not a single one”, she assures.

She has already collected more than half a thousand female proper names. Parra confesses that “it has been difficult for me to understand that there was machismo and in certain areas a tendency to relegate women to a plane in which they did not exist.” “There have always been women,” she adds.

She has already published three albums, the last one with ‘Vision’ as the title, with the multinational Warner Music, her first compilation of her own compositions performed on piano, which mixes all the genres she has experienced as music but also as a listener.