Interview: “I feel very free and I am very happy creating music” 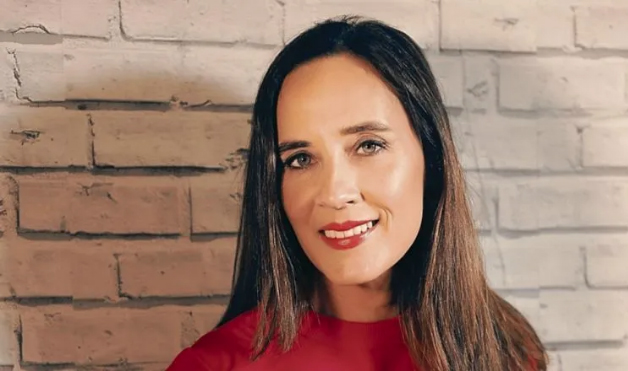 Interview at the Diari de Tarragona on the occasion of the closure of the 7th Edition of the Tarragona Bouquet Festival. Signed: Gloria Aznar.

María Parra is an internationally renowned multi-faceted creator. The woman from Tarragona is a pianist, performer and a composer who reaches out to the public with the sensitivity and strength of her experience, from classical to flamenco, jazz and pop. All keys in motion, like those on your piano. This Friday, August 30, she will delight those attending the Seminari in Tarragona with a concert with the Serra-Bargalló duet at the Bouquet Festival, an event that she has led for seven years in unique spaces in the city and that combines music, heritage and vermouth -—María is Miró spokeswoman—. The recital will put the end to this edition, in which a few surprises will be revealed.

Where has the closing accent been placed on?
This year I wanted to put it on the Tarragona brand and on female artists and moreover, we are going to emphasize the female composers. Because the national panorama has been quite powerful in the last March 8’s, when women have to put themselves in their right place.

Has this mobilization been translated into practice?
This year, by chance, I realized that there has been an absolute parity between men and women in the Bouquet Festival, but in general, much remains to be done. I am a woman, an artist and I have a festival. Therefore, as long as their artistic qualities are optimal, men and women have the same space for me in it. But since March 8’s I am more aware.

At a gender level, is there a different sensitivity when it comes to composing?
I don’t think there are genders. I have always thought that women have it more difficult when it comes to positioning themselves in the professional world and in the creative world in particular, first because of tradition, they have been relegated by patriarchal supremacy, but also, and I have suffered it, because the fact of being mothers makes it very difficult for us. To resume activities after raising your children, you must have a lot of inner strength, a great faith in yourself and the conviction that it is worth it to pull it forward, and if your partner is not propping and pushing you, you stay alone.

Do you have that strength?
I have found myself in the position of being alone before the elements. But children, while they can be a great brake, are a great incentive, at least in my case. And what you cannot do is not be coherent with the example that you are going to transmit to them. Words are carried away by the wind, sermons… All of that has no basis whatsoever if you don’t lead by example.

Work is the example?
It is the work, the perseverance, the faith and the small achievements that make you have even more confidence in things.

There is no musician who has entered the Bouquet Festival who has not climbed several steps in his/her career.

What feminine sound universe will be created this Friday?
They are both sisters and they have played together so they already form a very compact duet. As for me, I consider that I am the element that accompanies to make a trio in some of the proposals that we will offer. Then there will be my own side as an interpreter but also as a composer, which is the one that lately I am giving more relevance since it is about myself creating.

And what does that mean for the public?
It is an occasion to present brushstrokes of what will be my next work, and I will take the opportunity to make a world premiere of the Aerial view video clip. And it is also a golden opportunity for me to present to my city the composition that will partially illustrate the cinematographic work that I have come to record with the Escola de Cinema de Reus.

How many novelties! What is that shortfilm about?
The film project, directed by Roger Bessó, is presented to me a little adapted to my person. In other words, she is a classic pianist, concert pianist who, when she arrives in Reus, finds herself in a personal process of composing. In fact, it looks like they saw me through a peephole.

So it will be a host of surprises.
Exactly. Because I will also show my facet as a composer with a strong flamenco accent, as well as the music I have created in another video clip, Carrousel, which came out recently.

What can you explain about your acting debut?
Filming is very similar to my self-demand because in reality studying an instrument is repeating, repeating, repeating until it starts to sound the way you want.  I had a great time and they were very surprised by my patience and they often asked me, but don’t you ever get tired?

In Tarragona nothing moves. It is not anyone’s fault but it is everyone’s responsibility to make this change.

And as a composer?
It is something that has been hard to be aware of because I was wondering who am I to compose when there are huge composers around? And it has been something that has emerged as a necessity and in spurts. When I started to compose, all the fusion of the languages that I had accumulated and assimilated came out, with flamenco, Celtic, jazz, pop and rock, because in addition to classical, there have been many musics that have nourished me. Now I am in no man’s land, which is a term that I love because when I compose I am neither classical nor pop, but a thing straddling one and the other. In that aspect I feel very free and, frankly, I am starting to be very happy creating music.

And is that fusion the one that you transport to the Bouquet?
Exactly. Before, I have been more eclectic in a festival that does not cease to be the hallmark of what I would like to see as a spectator, but deep down I did not stop being myself.

What moment is the festival at?
It has been a gradual evolution and now it has enough popularity so that the musicians that are brought are of quality, besides their caches. We pamper them a lot because the organizer is a musician and, above all, I have taken special care that the professionals from Tarragona have their platform for demonstration in their own city. There is no musician who has entered the Bouquet who has not subsequently climbed several steps in his/her career.

At the public level, what is the average age?
From 45 upwards, but perhaps this is because the minority musics demand a cultural universe a bit broader. It is not because it is expensive because, how many parents pay 100 euros for their teenage children to see Miley Cirus or Justin Bieber? I find it inappropriate for those ages, but everyone should decide what they want. In any case, we have become a cultural proposal that has its place and purpose. Because, looking at the cultural environment of Tarragona, I don’t see other things.

Do you think it lacks movement?
I have always said that this city lacks self-esteem. It has a unique heritage, incredible gastronomy, unrivaled wines, the sea, we have everything, talent galore and nothing moves here. It is not anyone’s fault but it is everyone’s responsibility, that each one do their best to make this change.